From the latest MDHHS Report:

Michigan residents received 94.7 percent of the induced abortions that occurred in Michigan in 2019. This proportion decreased by 1 percent to that which was observed in previous years.

The majority [plurality] of Michigan residents receiving induced abortions (36.2 percent) were under 25 years of age, while 8.7 percent were less than 20 years old. These are much smaller proportions than the 64.6 and 30.6 percent observed, respectively, in 1985 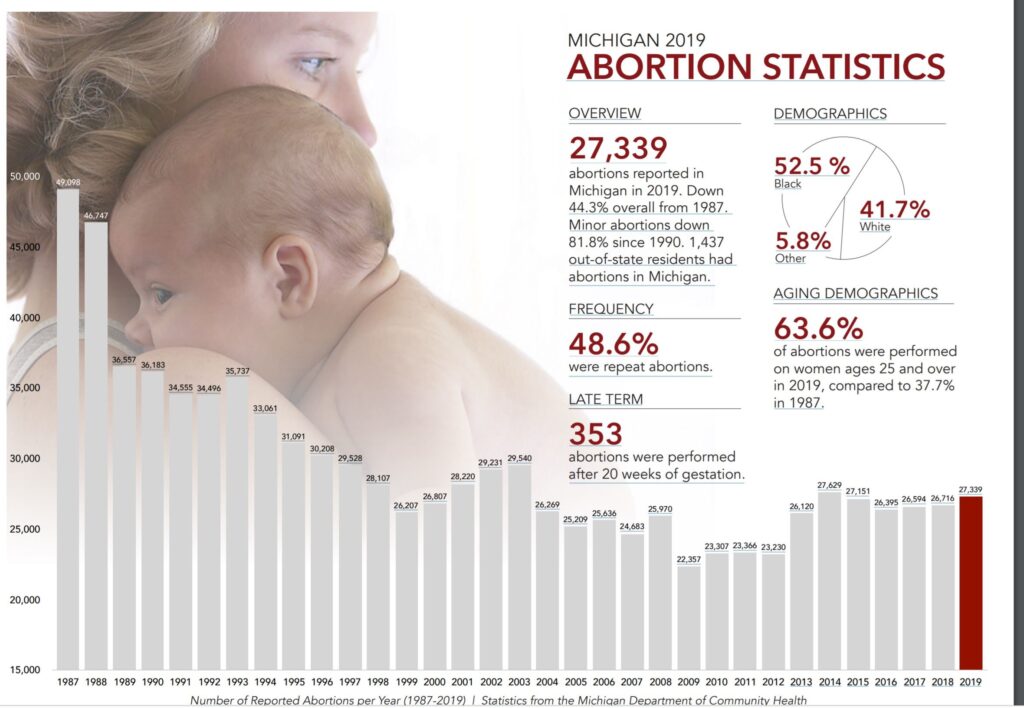